Bruce Lee and Jeet Kune Do

Bruce Lee and Jeet Kune Do

Bruce Lee designed his famous Jeet Kune Do martial art as more a philosophy or set of guiding principles than an actual system. To understand what he was doing and why, you have to understand how he thought about martial arts and his philosophy more generally. 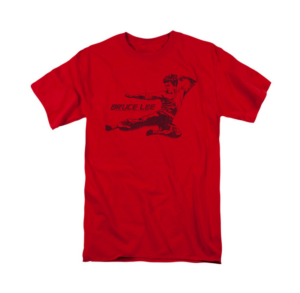 Bruce Lee thought that all thinking was ultimately a form of self-expression. Once you got rid of all the patterns, all of the frameworks, you were left with nothing but “yourself.” For example, if you begin by learning certain martial arts techniques, and then begin to modify them to make them easier to use, then you will eventually create something that is unique to you. If you follow the path of most efficiency long enough, then the martial arts you practice will eventually come to reflect your own specific, unique physical style. Thus, the best martial artist always practices a totally unique art.

While it does not have techniques or patterns, however, Jeet Kune Do does have “guiding principles” that can be used to achieve better results. The highest kind of attack in Jeet Kune Do is known as a stop hit, or an attack that intercepts the opponent before they can land a blow. The idea is that, when an opponent goes to attack you, they will always give away or telegraph their attack, and this provides you an opportunity to intercept them. This same idea of interception is used both in the form of kung fu known as Wing Chun, and also in certain kinds of Western fencing.