If you were a gamer of any stripe during the early 90s, you knew all about Streets of Rage. One of the most famous examples of the beat ‘em up genre, Streets of Rage allows you to pick from one of three characters: Adam, Axel, and Blaze. The characters are all very similar and possess the same movesets. What differentiates them are the character sprites, which look very different, and their stats. Adam has high power and jumps high, but is slower. Axel has high power and is fast, but does not jump very high. Blaze, the female, has high speed and jumps well, but has lower power. The game can be played with one or two players. 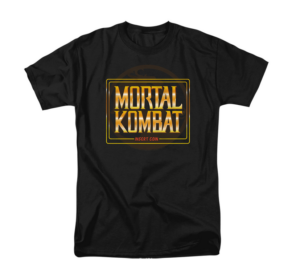 While the characters do not have unique styles or super moves (this comes later in the series), they do have something resembling a super move. If the special button is pressed, the camera will shift backward to reveal a police car. The police car will pull up and a policeman will pop out of it with either a bazooka or gatling gun. The policeman fires the weapon. Then the camera shifts back to the battlefield, where fire will rain down and destroy or greatly damage all enemies on screen. Each level, the player begins with one “special” use to call the police officers.

This is a very strange mechanic, but not totally unheard of in beat ‘em up games. For example, in Spider Man & Venom: Separation Anxiety, both the players can call superheroes from the Marvel Comics Universe to come attack all opponents onscreen. So the use of “summons” or “calls” during beat ‘em up games does have a history outside of Streets Of Rage. Later installments in this franchise would delete the “call” move in favor of special moves unique to each characters, and even give multiple specials to different characters. However, the call mechanic, as discussed earlier, would go on to crop up in other side scrolling beat ‘em ups later on in the 90s.

The game is fairly short and ends when the players defeat a gun-wielding mob boss named Mr. X. Mr. X is the antagonist of all three of the original Streets of Rage games. He wields a tommy gun and is portrayed as the boss of the criminal syndicate that sends out all of the goons that the players encounter.

Streets Of Rage is not the best beat ‘em up game from the 90s, but its two sequels were some of the greatest beat ‘em up games ever made. Streets Of Rage is therefore very important historically because it marks the beginning of the one of the most successful (and playable!) beat ‘em up franchises. Check it out for its historical importance and not-too-shabby gameplay, but keep in mind that Streets of Rage 2 and Streets of Rage 3 are the real crown jewels of this franchise, and the ones whose cover art frequently appear on video game t shirts.