So I recently wrote a review of Streets of Rage. That game was historically important, but this is the part where the franchise really starts cookin’. In this way, it is somewhat similar to what happened with the Assassins Creed games. The original Assassins Creed was a decent enough game with a great concept but mediocre execution. The sequel, Assassins Creed II, kicked everything up a notch and really brought out the potential of the concept. Streets of Rage was a similar franchise, in that it had a lackluster first title but was then brought to a stunning execution in subsequent installments. 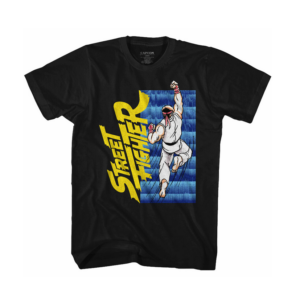 The second Streets of Rage game had a simple formula: MORE! There were more characters, more enemies, more moves, more locations, more dynamics. Instead of three characters with similar movesets and statistical differences, there are four characters: Axel, Blaze, Skate, and Max. There are levels ranging from theme parks to streets to boats. The players don’t go left to right, but go left, right, up, and down. There are also multiple weapons that can be used, which have different properties and powers. There are also different bosses, including fat guys, ninjas, samurai, thugs, sideshow freaks, and more. The game is positively bursting with variety.

The characters are also all very different. Axel and Blaze are the all-rounders, with Axel leaning more toward power and Blaze leaning toward speed. Axel has the Dragon Punch special move that hits everyone around him with a flaming fist. Blaze can do a flip that hits enemies in all directions. Skate, a smaller character with less power but having the ability to dash, and spin on his head and lash out in all direction with his roller skates. Max, the big slow wrestler, can spin around and hit enemies in all directions with his fists. Special moves are powerful but consume a small amount of health.

In addition to ordinary special attacks, each character also has a “directed” special attack, and these can involve repeated uppercuts (Axel), energy projection (Blaze), a flying corkscrew kick (Skate) and a rolling tackle (Max). And this is without getting into the various knives, pipes, bats, and grenades that characters can pick up along the way. Powerups include extra lives, coins that grant a higher score, apples and turkeys that restore health.

In the final analysis, Streets of Rage 2 is a real gem of the beat ‘em up genre. With its multifarious locations, characters, special moves, weapons, powerups, fighting styles, and more, Streets of Rage 2 took the whole beat ‘em up genre to the next level. With this game, beat ‘em ups went from being a quarter sink at the local laundromat to being an immersive, varied, and endlessly entertaining gameplay experience. One way that you can tell when a videogame is becoming very compelling is when gamers become attached to the characters. Streets of Rage 2 was where the characters, especially Blaze and Axel, acquired a following and became icons among gamers. Decades later, everyone remembers Axel’s cry of “Grand upper!” and Blaze’s memorable game sprite, which can still be found on video game t shirts.