How Plausible Is Godzilla?

A Scientific Look At Gojira

I’m a huge Godzilla fan. I watched a lot of the old Toho films as a kid. I collected Godzilla figurines for a while, and they’re still around here somewhere. I even have an old Godzilla t shirt that I’m too sentimental to throw away, although it doesn’t fit me anymore. I also have an interest in biology and physics. And one question I have asked myself is, how plausible is Godzilla? Could Godzilla exist in the real world?

There are a few challenges to an organism of that size existing.

In the first place, there’s a thing called the cube-square law. Not to get too deep into the physics, but the cube-square law means that, as an object gets bigger, it gains volume faster than surface area. Exponentially faster! Think of inflating a balloon: the balloon gains exponentially more volume each time you blow into it, but it gains much less surface area. Because of a whole lot of thermodynamics that I won’t go into, that means that it’s very hard for big creatures to lose excess heat. They tend to overheat and die. That’s why elephants have those big flappy ears: the ears are thin, so that’s a whole lot of extra surface area to radiate heat. It’s the same principle as your computer’s heat sink. 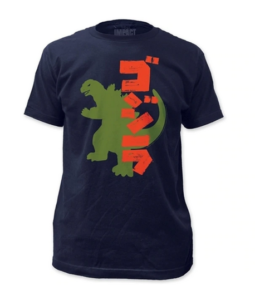 Godzilla merchandise is everywhere, such as this Godzilla t shirt

One way that Godzilla could get around this would be if his bones had a structure similar to foam. Instead of just a solid chunk of bone, Godzilla’s bones could be full of holes. A lot of dinosaurs had bones like that. Sauropods, such as brontosaurus, had bones full of holes, for example. When you have bones that are full of holes, to the point where the bones are like soap, it makes you lighter. It also makes it easier to beat the cube-square law, because it prevents you from taking up so much volume, and makes it easier to radiate heat. This would also allow Godzilla to remain and support itself despite its immense size.

(Of course, it depends on specifically what size we’re talking about here. Godzilla’s size varies radically between adaptations!)

Another issue with animals at that size is respiration. A creature Godzilla’s size could never exist with mammalian lungs. It just wouldn’t be able to get enough oxygen. Extinct animals, such as the wooly mammoth and other proboscidae (elephant-like animals) were already at the upper size limit for mammals, and they’re much smaller than Godzilla. So any creature his size would need to have better lungs. We can fix that by giving him lungs like a bird. Bird lungs have air sacs surrounding them, and they have a complicated respiration system that efficiently diffuses air throughout their bodies. It is thought that dinosaurs were able to grow to such an immense size partially because of their bird-like respiratory systems.

Godzilla is fictional. Creatures like him exist in Godzilla movies and on Godzilla t shirts. Something exactly like him couldn’t exist in the real world.  But if you get creative, he looks a lot more plausible than you might think at first!

Godzilla King of the Monsters

With the new Godzilla vs. Kong movie release right around the corner, we know you want to nerd out and get yourself a Godzilla shirt. Nothing wrong with that, you’re getting in the spirit. With movie theaters either being closed or having limited capacity, there’s a good chance you’ll have a Godzilla screening home, so you can be as ridiculous as you want about it. Themed snacks, outfits, drinks, whatever.

While we’re talking about Godzilla, let’s take a trip down memory lane. Godzilla has been around for 66 years and films are continuing to be made. It’s one of the longest running film franchises in the world! That type of history warrants a Godzilla shirt or two. 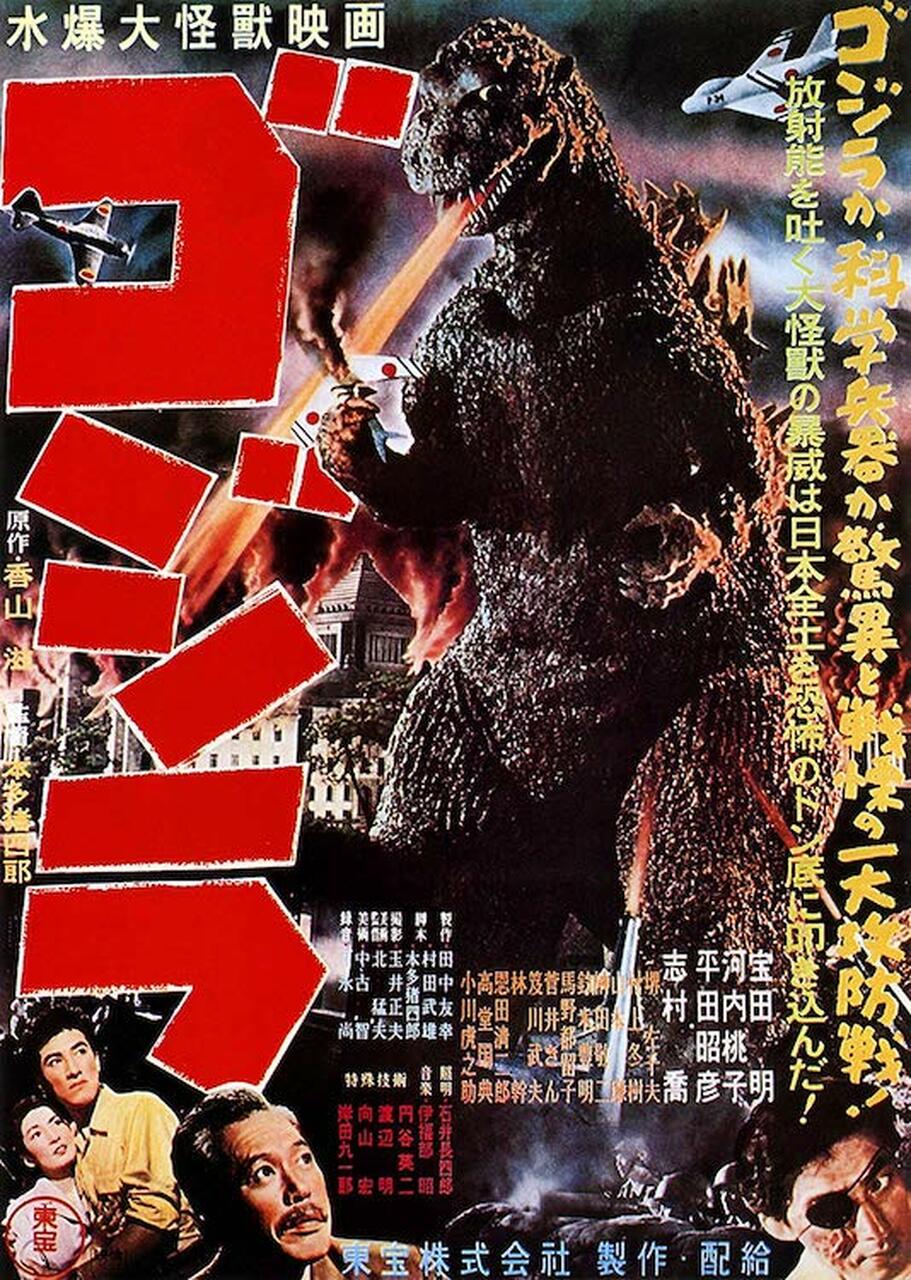 To start, Godzilla is a Japanese monster that first came on the scene in Godzilla released in 1954. Back then, Godzilla was kicking butt in black and white, and was crowned “King of the Monsters.” Since then, Godzilla has appeared in 39 movies. Of those films, 32 were produced by Toho Ltd, a Japanese production company and 7 of them in Hollywood.

Godzilla is a gigantic prehistoric creature resembling a dinosaur and is powered by nuclear radiation. He’s no fire breathing dragon, that’s a nuclear radiation beam shooting out of his mouth! Way cooler, right? A perfect image for that Godzilla shirt you’re thinking about buying from us.

It’s said that Godzilla was created as a metaphor for nuclear weapons, which coincides with the timeline. The Godzilla franchise began right around the time of the bombings of Hiroshima and Nagasaki. Other speculations suggest Godzilla symbolizes the United States and the havoc wreaked on Japan. Godzilla is also depicted as an antihero that works to save humans from destruction.

If you’re not familiar, Godzilla is always swooping in to save the day. He’s typically fighting another massive monster like King Kong, who he will be facing again this March. Why is Godzilla always fighting some other gigantic monster, you ask? Well, it varies from film to film.

While sometimes it seems like Godzilla is protecting the humans, that’s not really what’s going on. Godzilla fights against common threats with humans, but at the end of the day Godzilla will turn against them. Godzilla does not, however, eat people. Godzilla also would not care that you’re wearing a Godzilla shirt to his movie premiere.

Why Should You Buy a Godzilla Shirt?

To sum it up, Godzilla is cool. The King of the Monsters is one of the most recognizable images of Japanese pop culture. Even if you haven’t seen any of the movies, you’d recognize a Godzilla t shirt. With such a robust history and change in design, there are so many styles to choose from.

Whatever Godzilla shirt style you choose to nerd out with is sure to pay homage to the reptilian titan just fine. So grab your shirt, some snacks and sit back to enjoy the newest installment of the Godzilla franchise in your brand new Godzilla shirt. 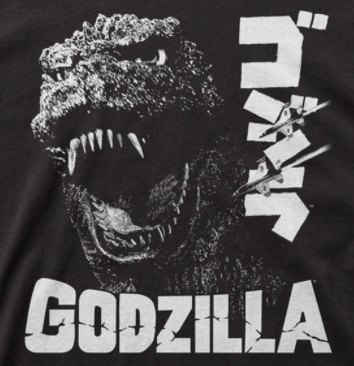