Wolverine is quite an old character. I’m not talking about the fictional character’s age. I’m talking about when the character was created. Wolverine first appeared in a comic book way back in 1974, nearly fifty years ago! Most people today know who the character is, and learned about him when they were growing up. It has often been said that superheroes are the modern equivalent of ancient Greek heroes, and their place in culture seems to support that idea. While we all know the real-world origins of the fictional character, the idea of Wolverine,  many people don’t know about his in-universe origins. 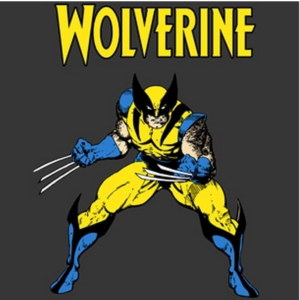 Wolverine, as a character, was created in 1974, but the creators did not give him an origin story until 2001. So the character had already existed for twenty seven years before he was given an origin story. His origin story appeared in a comic book series from Marvel called Origins. How… original. This was exciting for a lot of fans because Wolverine had hitherto been very mysterious in terms of where he came from and what his character’s background was. It was known that he was some sort of military or ex-soldier, but he was mostly an enigma.

Origins cleared up a lot of that by telling us where the character was born. It was explained that Wolverine was born in the 19th century, making him one of the older mutants. He is originally Canadian. It is also explained that he spent much of his time fighting in wars: Wolverine was known to have fought in the American Civil War, World War One, World War Two, and the Vietnam War. This explains the origins of his fighting skills. He was also “executed” once (under false pretenses) by firing squad, but survived thanks to his ability to regenerate.

The Origins story was then made into a movie eight years later. In 2009, X-Men Origins: Wolverine was added to the long list of X-Men films made around that time, starring Hugh Jackman as Wolverine. The X-Men Origins: Wolverine movie is heavily based on the events of the Origins comics. The movie was fraught during filming with a number of problems. The screenplay was still being written while the movie was being filmed. It was also filmed in three different countries, and an incomplete workprint wound up being leaked onto the Internet before the theatrical release of the film.

Wolverine is one of, if not the, most popular of the X-Men. He is frequently featured in comic books, and when you see someone in an X-Men t shirt, it’s usually one that involves Wolverine. A superhero’s origin story is a big part of their character. Some heroes, like Batman, have their backstory built in from the beginning, while others, like Wolverine, had to wait some time for their origin story to finally be filled in.

There have been hundreds of different comic book movies made over the years, but few movies pale in comparison to the depth and majesty of the original comics.  The most successful comic books made into movies are those that draw little from the comic books other than the actual characters.  Having a director with a love for the comic books and vision helps a lot too.  For example, the first two X-Men movies are regarded as being quite excellent, with the directing of Bryan Singer.  However, when Singer departed to make Superman Returns, the X-Men movie franchise turned bad with all haste and left those wearing X-men t shirts in dismay.  Other good comic book movies made in recent years include Spiderman 2, Hellboy: The Golden Army, Batman Begins, The Dark Knight, and Iron Man.  Three of these films were released in 2008, in a year that would see a comic book film, The Dark Knight, win the first Oscar for acting, a nod to the deceased Heath Ledger.

Despite a smattering of successful comic book films, the comic books themselves are still what fans turn to for the purest and most enjoyable renditions of the superheroes and characters that made the series.

So when I started the site I said I wasn’t going to upload any shirts without doing complete descriptions.  However, that is starting to mean that shirts are piling up and can’t be viewed by the fans, like this comic athletic shirt from the X-Men t-shirts section, and can go a couple weeks before I get to it.  So from now on I will put them up as soon as I can and put the word “pending” on the description.  That will allow me to spend the time I think they deserve and get the quality of descriptions I have now come to expect from myself.  I pr0mise to get them done as quickly as possible.

The other thing I am doing is breaking away from t shirts.  I recently ordered some amazing Star Trek, Superman, Batman, and Wonder Woman coffee mugs, lunchboxes, and assorted knick knacks.  Once I figure out the shipping I will have them up soon.

Busy day of running around with not a lot to show for it.  I can’t seem to find those stupid wire cube devices.  I found some online but the shipping is crippling.  I’ll keep looking I guess. I need to get some before our next event, which is looking like KublaCon, the biggest gaming event in Northern California May 28th-31st.  That gives me about five weeks to square it away.  I think it’ll be good.