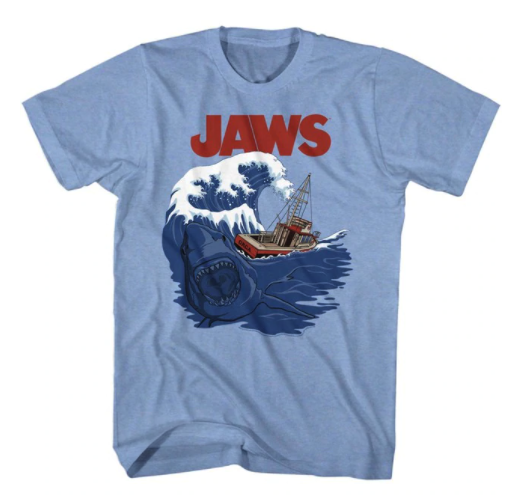 When it comes to horror movies, suspense is number one. The same goes for shark movies, and JAWS for years has been one of the most suspenseful films there is. Shark movies come and go, but this IS the shark movie. Every shark film to come out instantly gets compared to JAWS, and for a good reason.

Can you remember the last time that two simple notes invoked such a feeling of fear and dread for what is coming? We can’t either, and TheRagingNerd.com wanted to take a little time to dive into why we think this film still holds up as the best shark and horror films of all time.

So why has this classic stood the test of time with a market so over-saturated with content? For starters, most horror films aren’t really all that good. But even if you’re not a horror film nerd, you’ve probably still seen JAWS. Especially if you great up in the ’90s and went to the beach with your family! The way that director Steven Spielberg builds the tension every time the camera goes underwater still sends chills up our spines every time we watch it. Whether there will be an attack or not, the way he moves the camera chooses the shots, all invoking absolute terror in the audience. Simply, he’s a master at this.

Now, back to the two notes thing. John Williams score is one of the most genuinely dynamic and iconic composers in film history. Two notes to bring complete terror to any viewer, repeatedly repeated, building to the moment of attack. Are you kidding?! Impending doom in two notes, brilliant.

You’d think about how often the mechanical shark malfunctioned while filming, which led to the production going over budget and schedule for months. Yet Spielberg still managed to get the shots he needed to keep this metal shark alive and eating on screen.

But to have something last so long in audiences’ minds the world over, it needs to have that pop culture feel to it. This is one of the biggest reasons we believe JAWS has held up as long as it has. Of course, there are the scares, the famous way Spielberg likes to give you just enough on-screen to let your imagination run wild, and the tension to make this a great horror film.

Pop culture rules all, and JAWS has been referenced in everything from Back to The Future II, the iconic poster, or even JAWS t-shirts that you see your friends wearing. Merchandising is everything, and JAWS graphic tees, hoodies, posters, and more keep this film and all the nostalgia that comes along with rocking out in your favorite graphic tees from this Spielberg classic! 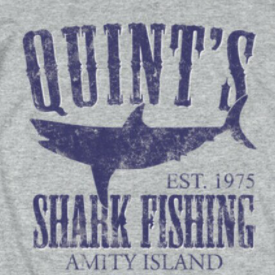 Because it’s Spielberg, you already know that the story will hold the test of time. Which JAWS does just that with the story. One where we connect with the characters deeply and hope they survive the wrath of the murderous shark!

The story is everything, and JAWS is the king of all shark movies for these reasons and so many more.

But for now, let’s all go take a dip in the ocean together, shall we?

The Hobbit: Battle of the Five Armies Review Part 5

I’m not going to bother with the story recap.  This film more closely follows the book than any of the Hobbits and honestly if you didn’t read the book I don’t know why you are even reading my blog.  I’m sure there is a Jason Stratham movie coming out soon that you will enjoy.

So good or bad?  Honestly as much as I rail against this whole series I have to say you should probably watch it.  If you saw the first two then for sure.  It got a 60% on Rotten Tomatoes and I’d say that’s probably fair.  Do yourself a favor and don’t watch any of the LOTR movies prior or you will end up hating it.  The difference is I have two copies of each of the LOTR movies on DvD (regular and deluxe extended version) and am good to watch any of them about once a year but will never go out of my way to see this film or either of its predecessors again.  It just won’t stick like the other ones.  Take the kids so they can learn valuable lessons about solving conflict through brutal violence and then flush it down with every minute of reality TV you have watched in your life.  Oh, yeah spare yourself the extra $3 for 3D.  I saw it in 3D and barely noticed.  I think normal screen resolution has gotten to the point of illustrating what a bogus scam 3D really is.  2.5 of 5 phasers.

Thanks for reading.  Sorry I haven’t posted anything in 8 days but the Holiday rush has been killing me.  Lots of people needing t-shirts apparently.

I guess it’s a decent gift although I sold a large amount of Jaws t shirts.  Not sure how that fits into the holiday spirit.  Things have slowed so I will get back on the horse for sure.  Talk to you soon.

Sometimes giving a director some kind of oversight is not a bad thing.

The stench of the opus pet project spills off this film like rancid roadkill.  It’s clear that the operative word here was BIGGER.  The numerous plot threads fly back and forth across the screen like a ball of yarn with an M-80 stuck in it.  T

here are more ideas and concepts here than a shark has teeth and they all seem to be hell bent on taking a bite out of the audiences patience.  (Image from the Jaws t shirts collection)

The net result of the legion of concepts is you are left with two questions; what the point of it all is and why did they feel the need to pack so much into one movie?  Is Christopher Nolan retiring and this is his last film ever?  Does he have so many ideas bursting from every seam that a film with only 20 seems impoverished to him?   Most movie directors like to take an idea or thread and cultivate it into a well presented film but this one stuffed itself on every sci fi meme ever and then vomited it all over the canvas like a crappy performance artist, trying to see which ideas stick and form pleasing shapes.  I left the theater with not a dook of an idea of what message was actually being presented.

The other net result of all the gyrations the story goes through is this film is insufferably long.  There was a scene that wanted us to believe a planet could orbit a black hole close enough to have the time dilation be one hour on the planet equal seven years on Earth and honestly I was kind of feeling that dilation in the theater.  Two hours and 49 minutes felt like 15 years.  Also remember all that bad science I talked about?  I how did that planet get heat and/or light?  Or be close enough to a black hole to dilate its time that much without being ripped apart by the gravitational pull?  A black hole is not like a big planet or sun.  It will destroy every object in a solar system in short order.

Star Trek Retrospective: Episode 25 the Devil in the Dark

As a kid the Horta scared the crap out of me.  It was way worse than Jaws, Freddy, Jason, or any other horror film I have seen ever since (except maybe Punpkinhead.  Also Pennywise from it, but that is a clown.  Jaws is a close second and the image I got from one of the many Jaws t shirts in our horror collection).  An invulnerable rock monster that looks like a moving pile of guts and dissolves men alive in acid?  Good thing I’m not Kirk as I would have evacuated every human on the planet and cut it in half with the Enterprise phasers.  Gah.  Odds are it was worse because it involved characters I knew and loved but still.

When you think about it was saving the Horta (was that the single creatures name or the race?) the right thing to do?  I mean how do they keep all those baby Hortas from attacking humans?  What if one of them turns out to be the Horta equivalent of Ted Bundy and just opts to kill people?  How do you track him down?  Can you pick out which Horta did what out of a lineup?  Let us not disregard the commercial value of novelty Horta eggs (or silicon nodules).  I could totally see these selling at Ikea as a table centerpiece.  I’m just saying.

Wow way more work to do…

So a friend of mine taught me some stuff on Search Engine Optimization and that short lesson has translated into a ton of work.  Oh, well.  Life is still great, even if at the moment I feel like I’m working 80 hours a week only to take a vacation on Amity Island (image courtesy of our collection of  Jaws t shirts)

Going to build more terrain for the Quake City Rumble, the Warhammer tournament we are running in a couple months.  Really I should be working on the paint for the army I am running, as well as a new display board.  I promised myself I would be working on it this weekend, but here I am working on my site.

Also going to see Kick Ass again tonight.  Really looking forward to it.  I’m hoping I can pick up some subtle nuances that I missed first time around and blog about them tomorrow.