I once heard someone, a favorite author of mine on Quora, make an observation like this: “Sci-fi is about ideas, and fantasy is about spirituality.” This left me scratching my head at first. How in the world is something like Lord of the Rings about spirituality? And how is something like Star Trek about ideas? But the more I thought about it, the more I began to think that that guy was actually right. Sci-fi really is about ideas, and fantasy really is about spirituality. I thought long and hard, and I eventually came to a surprising conclusion: Star Wars is really fantasy, not sci-fi. The kind of guy who wears a Star Wars t shirt might disagree, but hear me out. 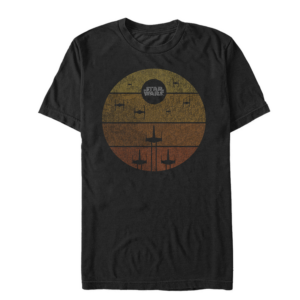 We all know that Tolkien is fantasy, right? And The Lord of the Rings really is about Tolkien’s spirituality. Tolkien was very Christian (he was Roman Catholic and devout) but also very pagan, in a way. There is something very deeply Norse about Tolkien’s worldview; his outlook on life has some of the pathos and tragedy of Norse mythology, but it’s wrapped in the hope (in fact, the certainty) of an ultimate triumph that comes from his Christian beliefs. CS Lewis is even more obvious. Michael Ende’s Neverending Story is an expression of Anthroposophy, which was a spiritual philosophy that he believed in.

Sci-fi is about ideas. Star Trek is the idea of utopia and how we can move closer to it. Dune is the idea of human potential being pushed to its limit. Michael Crichton’s books are about the abuse of technology and all the ways that that can become a problem. He was especially interested in the abuses of biotech. The difference is that sci-fi is much more analytical, much more rational and deductive, whereas fantasy is much more emotional and mythological. Fantasy can contain ideas, yes, but in a much more “blurry” way, not as clean cut or logical.

These two genres can be disguised as one another. What I mean is, there are a lot of so-called “fantasy” that is actually sci-fi, and a lot of so-called “sci-fi” that is actually fantasy. If you’re reading a book that looks like fantasy, but where there are definite rules of magic and systems in place, and where wizards do “research” to further their magic, then you’re looking at sci-fi disguised as fantasy. Those wizards are just physicists in pointy hats. Similarly, just as there are some fantasy franchises that are just disguised sci-fi, there are some sci-fi franchises that are actually disguised fantasy.

One of those is… Star Wars! I said earlier that fantasy is an expression of a person’s spirituality. I hazard a guess that George Lucas has a very particular view on this kind of thing. I don’t know anything about the guy, but if what I said about fantasy is true, then George Lucas probably has a very particular kind of spirituality to him, and that’s what is coming up in Star Wars. The Force almost seems like a concept out of Eastern religion! There is something vaguely Hindu or Buddhist about the themes expressed in Star Wars. So since fantasy is an expression of a person’s spirituality, I think it’s safe to say that Star Wars is fantasy.