What is Mega Man’s story?

What is Mega Man’s story?

Mega Man is a very recognizable video game character featured on many video game shirts. A lot of people know who he is even if they’ve never played any of the games. Released in the late 1980s, the first Mega Man game was revolutionary because it allowed the player to choose what order to defeat the bosses in. Each boss gave the player a new weapon to use, which would be very effective against at least one other boss. For example, an ice-themed boss might give you a weapon that works well against the fire boss. Choosing which boss to beat and in what order made the original game stand out. 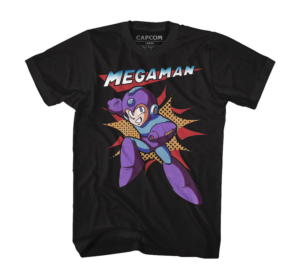 But what was the story of Mega Man? In the original game, the robot (originally known as Rock Man) was a robot created by a scientist named Dr. Light. Dr. Light had a colleague named Dr. Wiley who helped created robots. When Dr. Wiley went rogue and reprogrammed Dr. Light’s robots, one of the only ones who escaped was Rock Man, who offered to be converted into a combat robot to stop Dr. Wiley. This was a simple enough story, and Dr. Wily was the boss of the original game. He was one of those old style video game bosses that is beaten in several stages.

This was a short lived part of the whole mythos, though. A few years later, in 1993, the character who would come to truly define the series was created. The character’s name was X, although he is commonly also called Mega Man. X is a successor to the original Mega Man that was created and placed in suspended animation for a century before being recovered by Dr. Cain. He was originally created by Dr. Light, but Dr. Cain was the scientist who found him a century later. Ignoring Dr. Light’s warnings that were logged in the time capsule, Dr. Cain proceeded to replicate Mega Man and create many more robots like him, called Reploids.

The Reploids (replica androids) were different from their predecessors. Like Mega Man X, they had free will and could make their own decisions. Disaster struck when a certain group of them became known as “mavericks”, turning against their human masters with their newfound free will. A group of maverick hunters was created, consisting of loyal reploids who could hunt down and kill the mavericks. One such maverick hunter was called Sigma. Sigma was originally a maverick hunter, but he eventually became a maverick himself and becomes the main villain of Mega Man X. Another character is introduced, named Zero, who is like the opposite of Sigma: originally a creation of Dr. Wily, he joins the maverick hunters later on.

The plot becomes more complicated from there, of course, but the brass tacks of it have been laid out. The plot as a whole is very confusing for a newcomer to the series, so if you don’t want to sound like a fool in front of die-hard fans, this article should help you out.