Streets of Rage introduced the franchise to the Sega Genesis, and Streets of Rage 2 brought out the full potential of the game. Streets of Rage 3 takes its proper place as the game that realized all of the possible nuances that the game was capable of. The first game was rough, a kind of experiment. The second game was well-executed and really brought the series popularity. The third game is the mature franchise exploring all of its possibilities. Hidden characters, multiple endings based on difficulty, new special moves, and all characters having the capability to dash are just a few of the things on offer here. 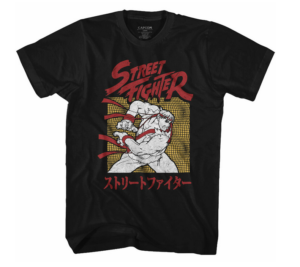 The four available characters are Axel, Blaze, Skate, and the new Dr. Zan. Axel is the all-rounder leaning toward power, while Blaze, the female fighter, is the all-rounder leaning toward speed. Skate is still the little speedy guy. Instead of the big wrestler, Max, we now get the cyborg Dr. Zan. Axel, Blaze, and Skate retain their special moves from the previous game, with some tweaks. Dr. Zan is a cyborg who can cover himself in electricity or use a far-reaching electrical cyborg arm attack. Additionally, there is a hidden character, Roo, a boxing kangaroo that can be acquired mid-game and then used when a player gets the opportunity to switch characters when using a continue.

The game has multiple difficulties, and the player will see different endings depending on which difficulty is selected. Only players who play through at the highest difficulty will see the true ending. The mob boss, Mr. X, returns as the villain. But now he’s a brain in a vat. This is a plot twist that you only find out if you play on hard. The first encounter with Mr. X reveals that the Mr. X you’re fighting is actually a cyborg. The upper half of his body burns away at the beginning of the fight to reveal a mechanical robot.

One of the most noticeable aspects of this game is its sheer difficulty. The player must beat the game on the highest difficulty in order to see the true ending, and that is a tall order. There are enemies who wield guns; enemies who cannot be thrown; kangaroos; ninjas that can block and dodge; robots that leap and shoot projectiles. Getting to the end of Streets of Rage 3 without losing all of your lives is a very tall order indeed.

People today still wear Streets of Rage video game t shirts, and if you’ve ever played this magnificent series, you’ll know the reasons why. Of all the side-scrolling beat ‘em ups that were seen in arcades and home console collections in the 90s, Streets of Rage was one of the foremost and most enjoyable franchises of all. If you ever want to dip your feet into retro gaming, you could do a lot worse than to check out Streets of Rage and its two awesome sequels.